As we crossed over from Italy, we were excited to discover the Eastern Mediterranean.

First on our list was Croatia, and we settled into our AirBnB in the rural town of Slunje.  Slunje is a small town with only a couple restaurants and homes, built on top of a series of waterfalls. It felt like a town right out of a fairy tale.

Our host told us stories of the village being overtaken by soldiers in the 90’s, as part of the war separating Yugoslavia into 6 individual slavic countries. As part of fighting for Croatia’s freedom, all the residents of this sweet village were forced to leave their homes for three years before they could return.  Our host shared his experiences being a little boy in the war, and everything he’s seen as this country fought for it’s independence. We found it hard to believe that the conflict had been just a few decades back, since everything seemed so peaceful and serene now. 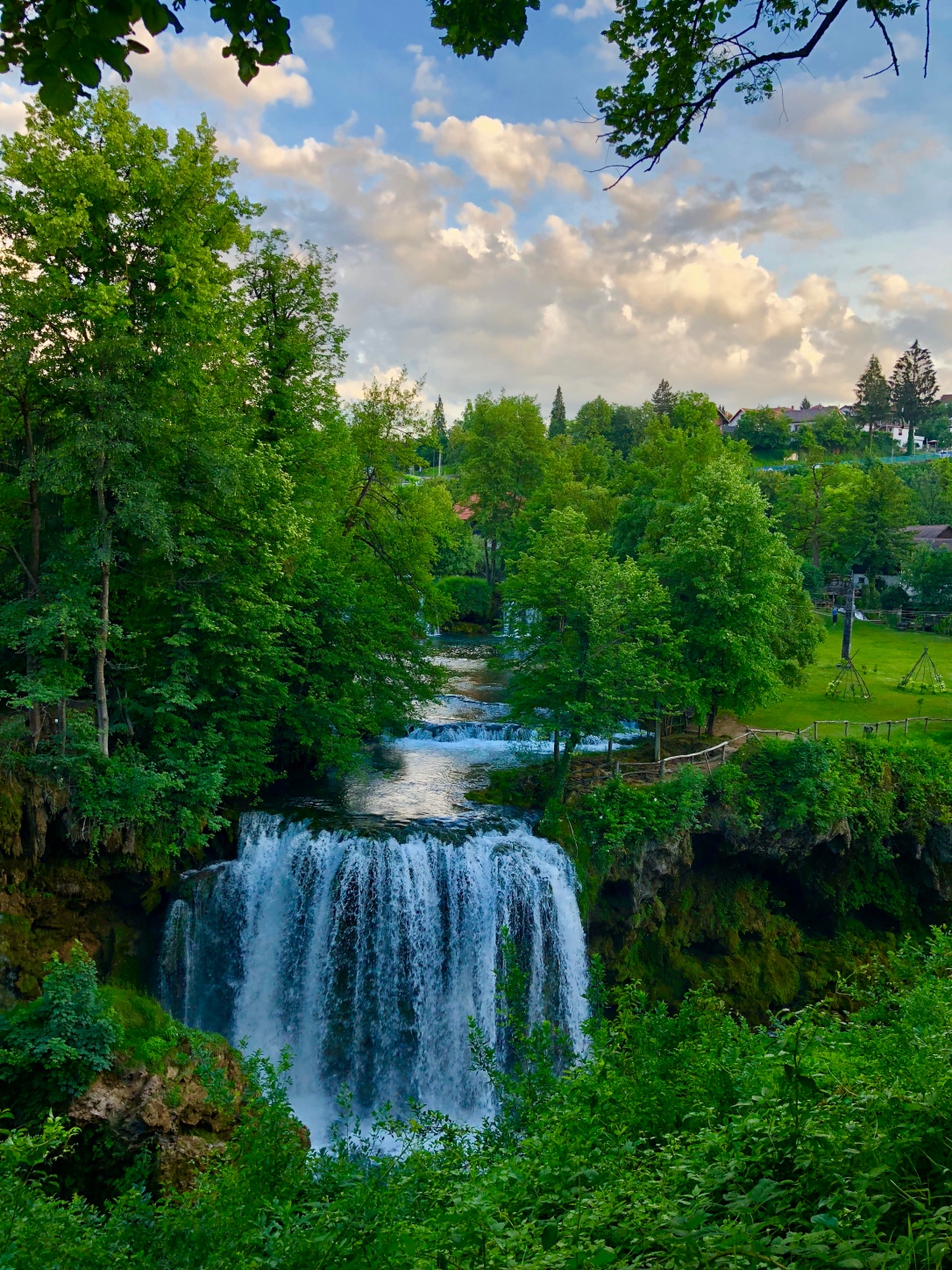 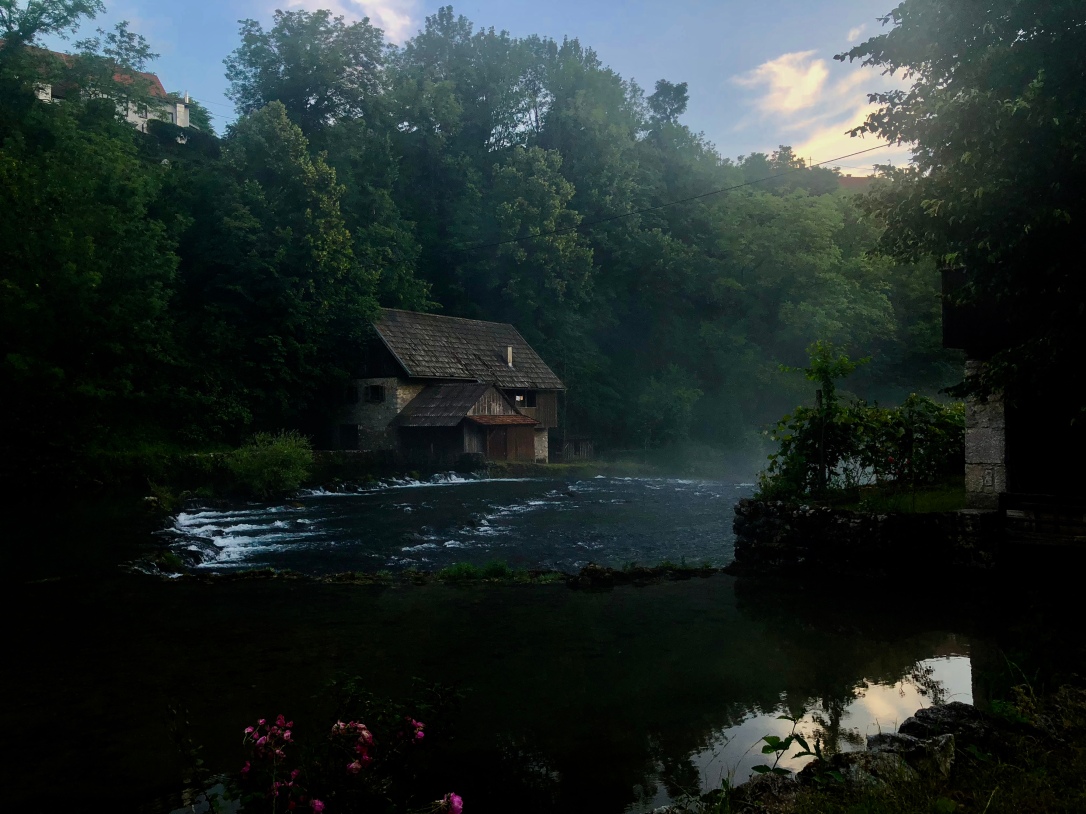 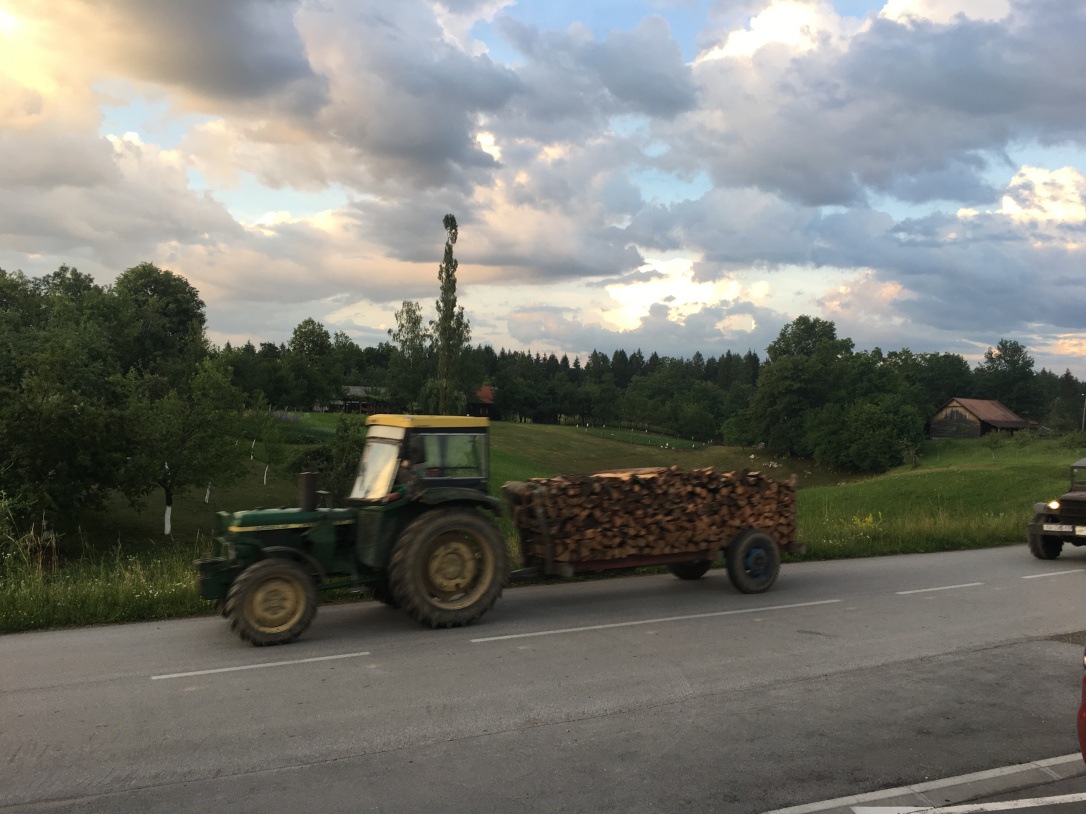 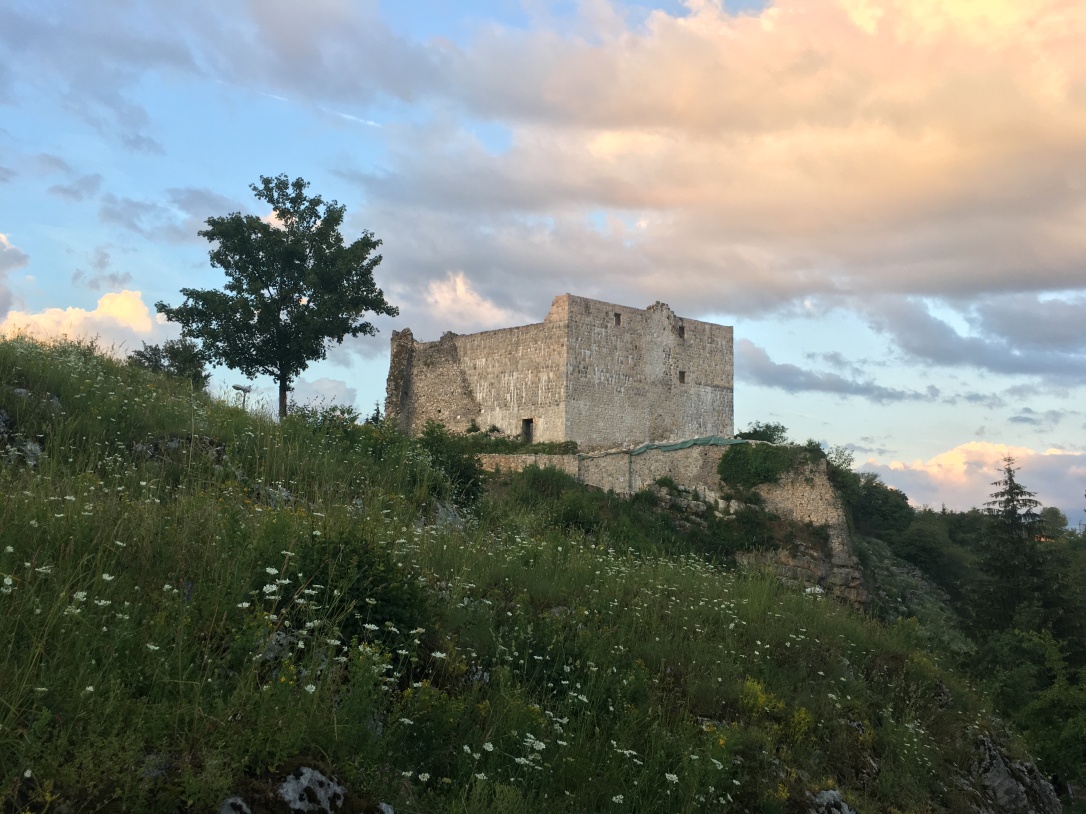 We headed to the famous Plitvice National Park. It’s known for a chain of 16 terraced lakes, joined by waterfalls, that extend into a limestone canyon. 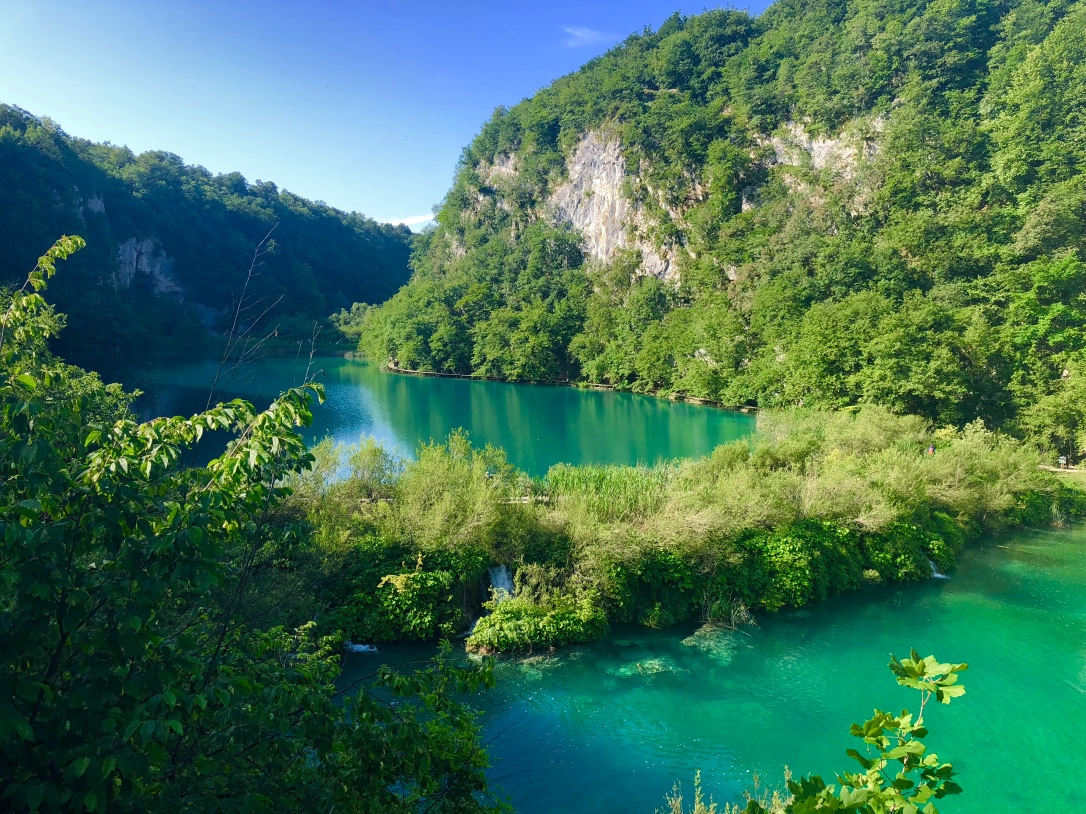 Throughout the park vibrant blue butterflies and dragon flies surrounded us, reminding us of the stunning beauty of nature. 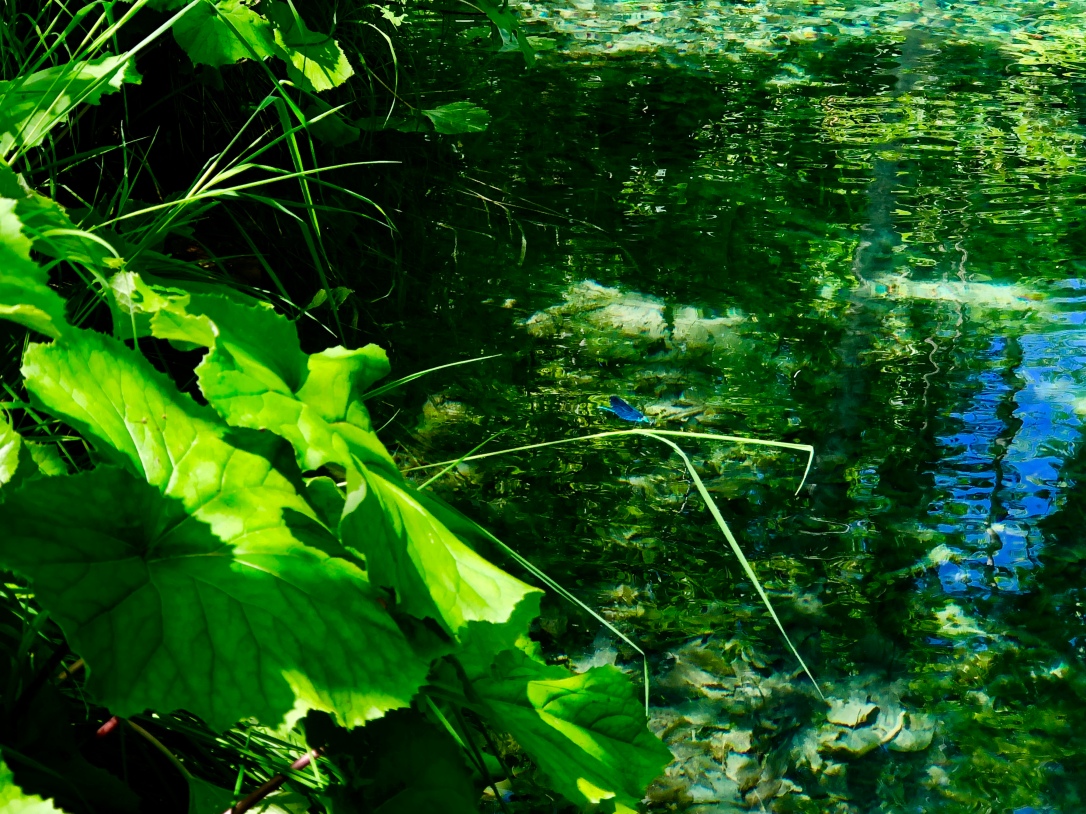 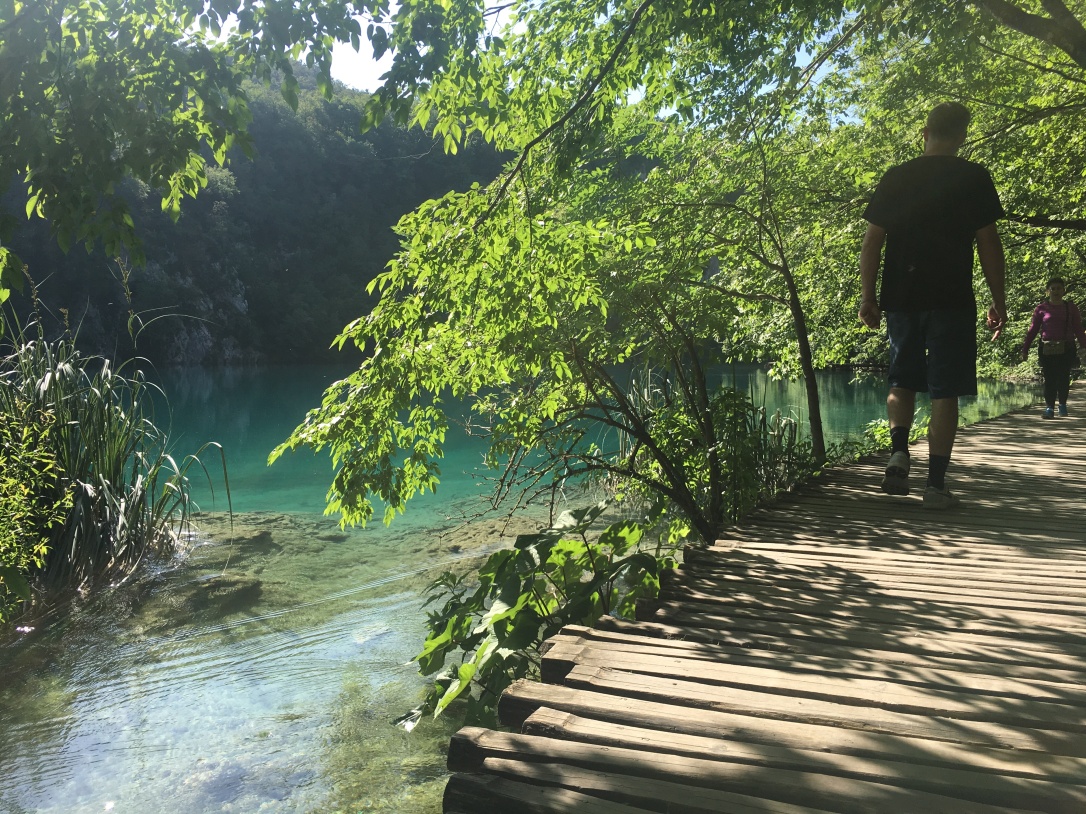 After a nice few days by the Parks, we continued down the country heading South to another rural village to get a different taste of local life.

This village was even smaller than Slunj, and we had to drive about 30 minutes to the nearby town on the river to find any food. Many days we spent eating at our favorite restaurant, where they served us our favorite dish: fresh river trout stuffed with stewed plums!

Throughout this country, we could see the remnants of old conflicts with the sights of old war planes and bunkers from the Serbian conflict. They’ve just been abandoned and left on the side of the road to rot. 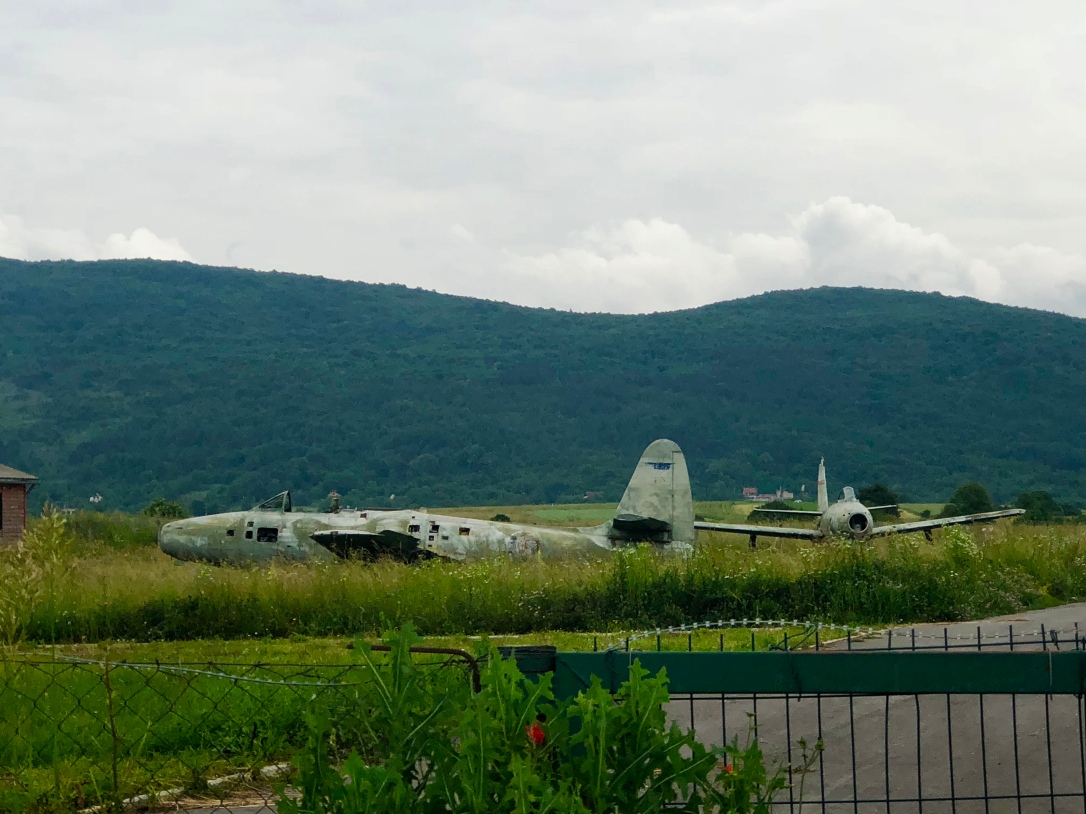 After a few more days in the countryside, we longed to get back to the beaches. Croatia is known for some of the most beautiful island beaches in the Mediterranean, and we wanted to see them! We headed on to Split, and took a ferry over to Brac’ island (pronounced Brach).  Our AirBnB was built right above the ocean overlooking the water, and we had a great week relaxing, working, and enjoying the sunshine. 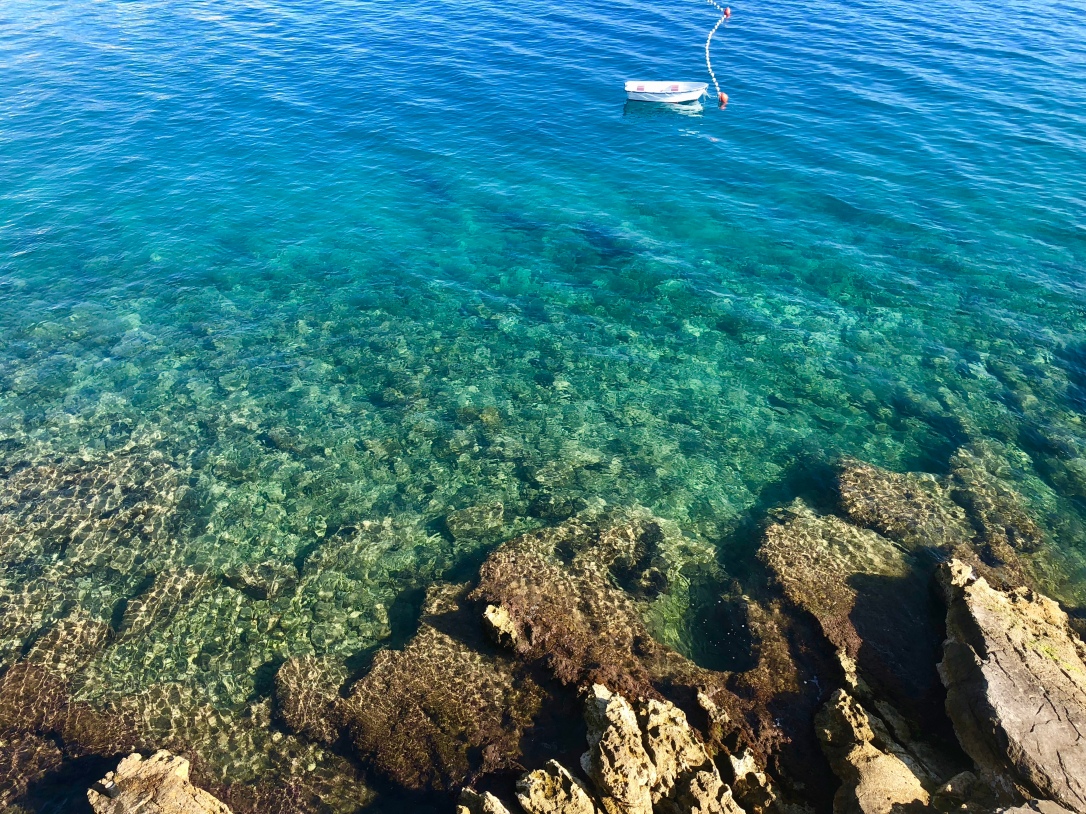 In the mornings we would swim in the sea, then head to the local cafe to work by the water. At this point in our travels, we were head’s down working hard on our businesses, so having reliable internet was key. With no wifi in our home, we quickly became the daily residents of the Postira community cafe, where the locals came to know us quite well – having our coffee and grilled calamari waiting for us 🙂 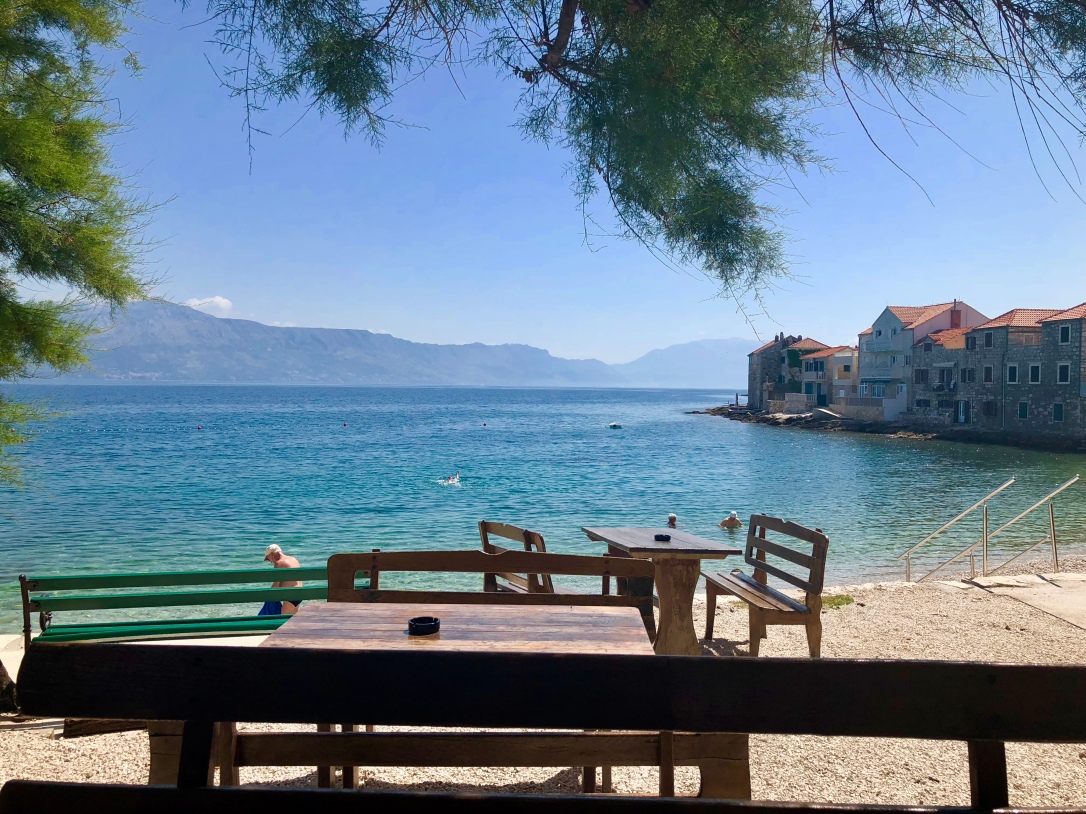 After staying for a week, we truly felt at home here.  The wine was cheap and delicious, and we spent many evenings out enjoying the sunsets.

It was time for our next journey down to Montenegro — a 7 hour car drive continuing down the coast of the Eastern Mediterranean. As we plugged in the next destination into our GPS, we thought we’d be continuing down through Croatia, but our car knew better! Next thing we know, we’re crossing the border into Bosnia! Not originally in the plans, but we were amazed by this country! 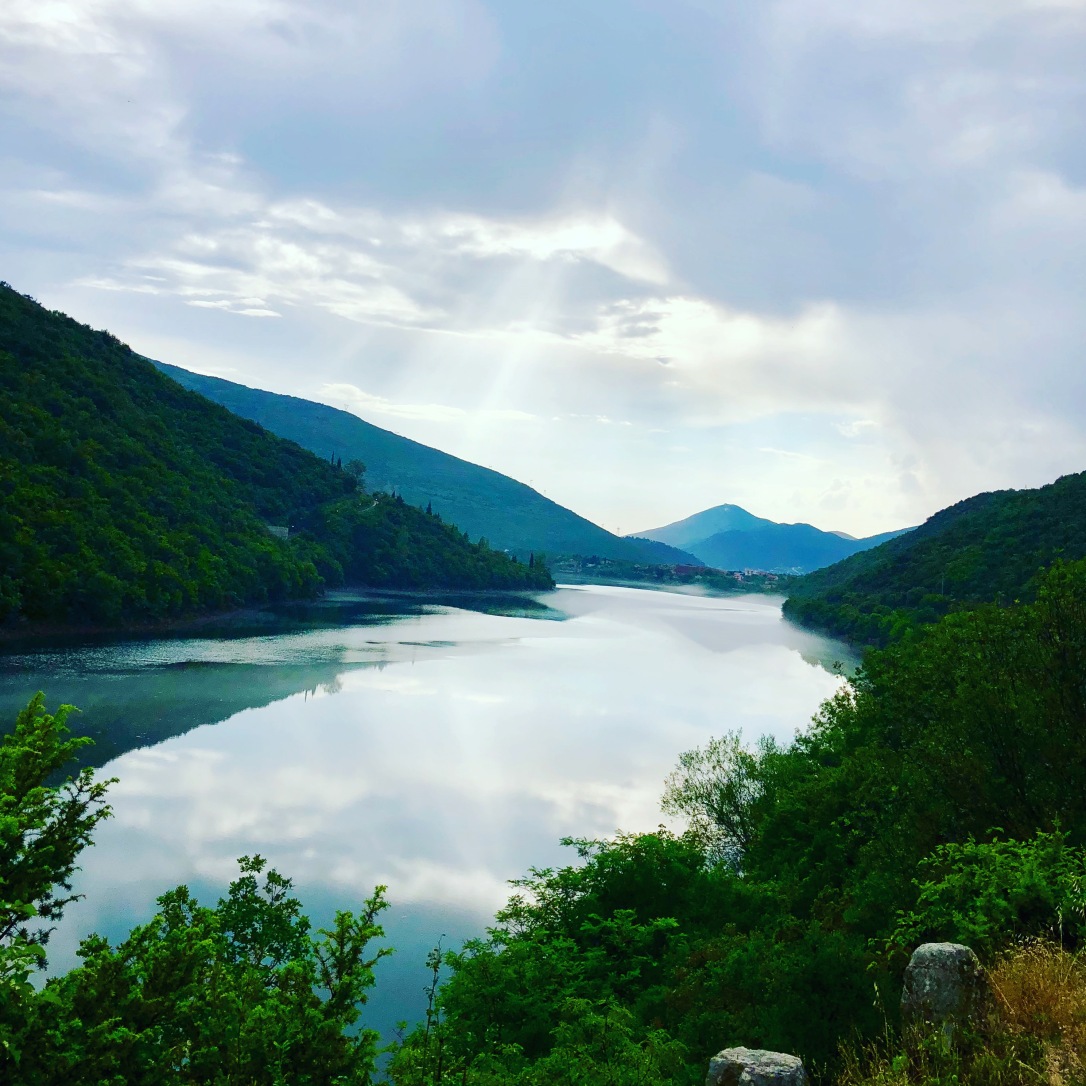 Similar to Croatia, amongst the sweeping mountainous terrain of the country landscape were scattered remains from recent wars. Bosnia too has a history of struggles with gaining independence, and many villages are still left destroyed and abandoned (like the one below) — with underground buried landmines still haunting those who travel through. It was an eerie place to drive through. 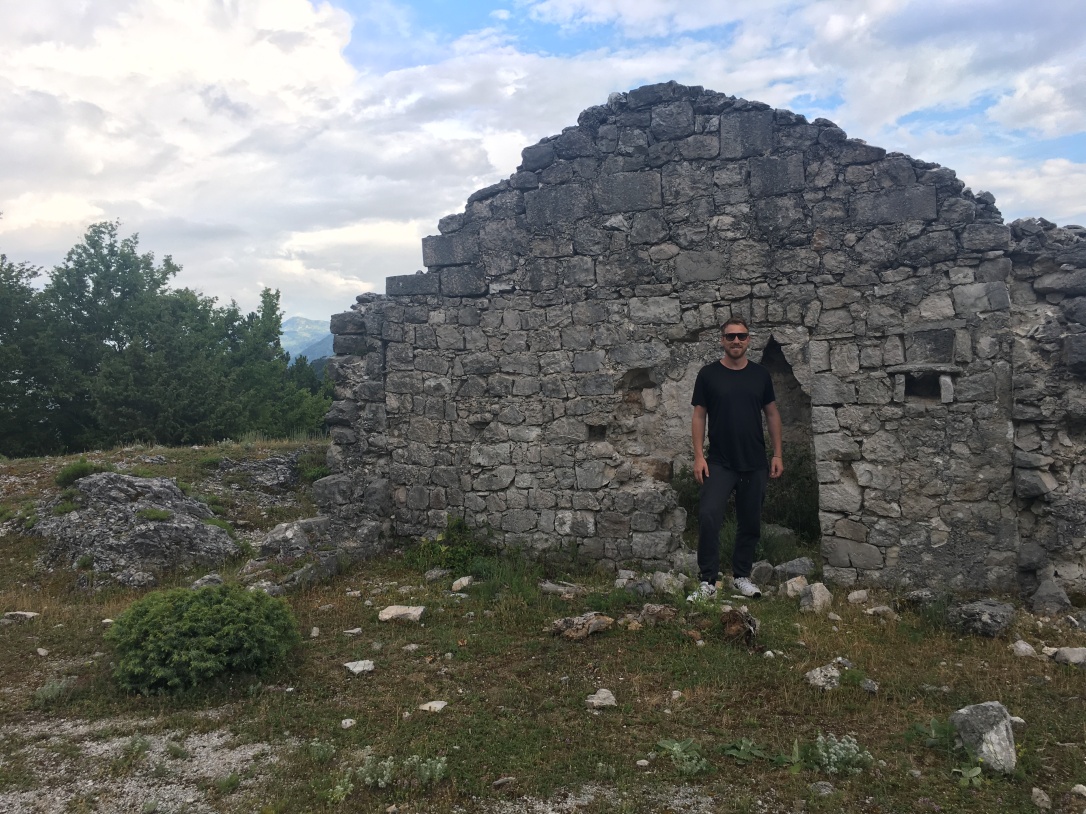 And in case that wasn’t enough of a surprise, as we were driving we pass along a sign that says “Worlds Largest Cave” – which we knew we had to see. Chasing the daylight as we still try to make it to Montenegro, we turn the car back around and chase the randomly placed signs here and there, up and down mountains, and dirt roads and finally stumble upon the CAVE. Which – just to our luck, happened to be celebrating it’s visitor appreciation day, and were giving tours for free ❤ 😀 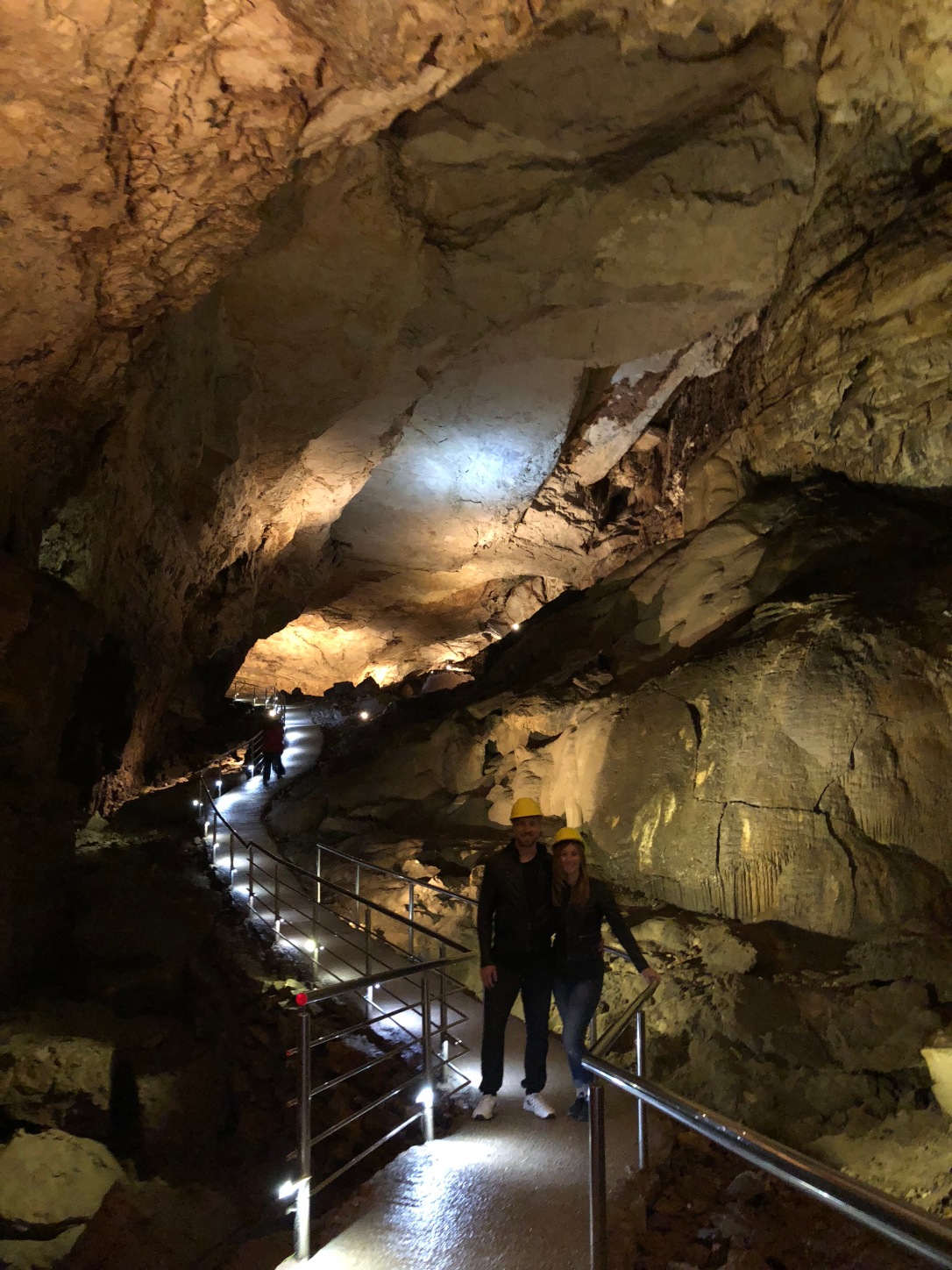 This was the most STUNNING cave we’ve ever seen… 7 miles of tremendous cavernous rooms, small passages, indoor lakes, and humungous stalagmites & stalactites. It was a completely unexpected day to remember! 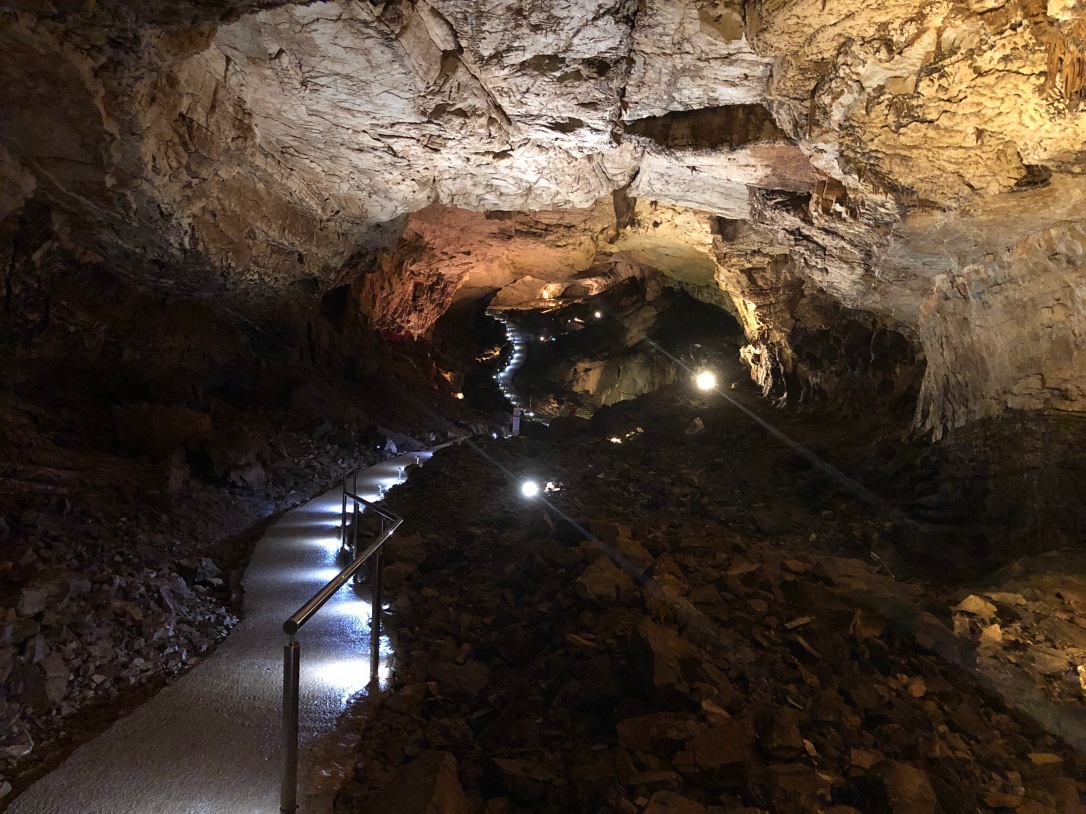 After wrapping up the cave tour (we also just happened to catch the last one of the day… magical day!) we continued our drive south into the mountains of Montenegro. This landscape was having us ooohing and ahhhhing the entire 7 hour drive. California may have Yosemite, but nothing beats the mountain ranges of Bosnia and Montenegro. Add it to your next travel list trip – it’s one not to forget!

And at last, we came to reach the long- awaited destination to settle in to the next phase of our journey – living in Kotor Bay, Montenegro. 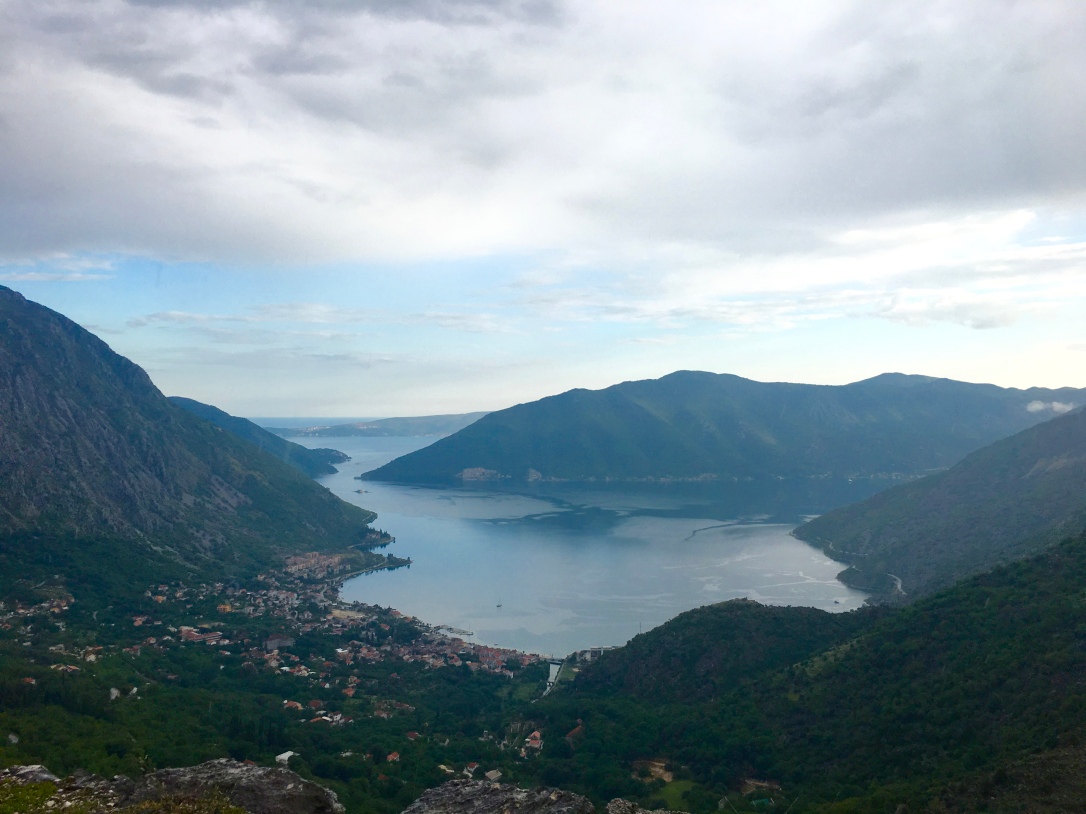 Join us on our next blog as we share our experience living as a local for a month in this semi-remote, turkish-influenced Slavic seaside village.

2 thoughts on “Tales from Croatia”