After leaving the hustle and bustle of France, we were excited to spend some time with some familiar faces in a new place, Belgium.  Belgium may be the smallest country in European Union, but it’s filled with inspiring nature, and a unique culture.  The drink of choice is definitely beer, which they are known for producing all around the world.  After driving 7 hours from France, we were welcomed into the luxurious home of Anais and Bernard. 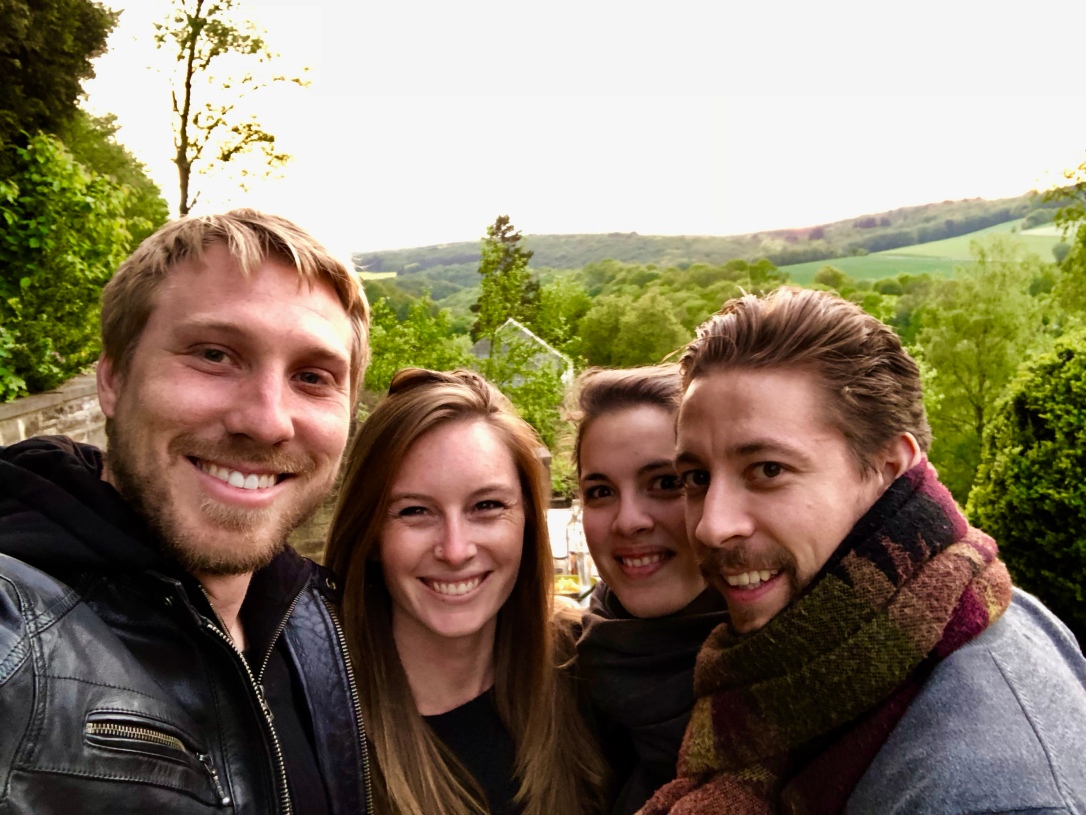 Teal had gone to high school with Anais who was studying in Ojai for a year.  They became good friends, and it was awesome to catch up after not seeing one other for over ten years. Not much had changed, and they realized how much they were still the same good friends from when they were 18 🙂 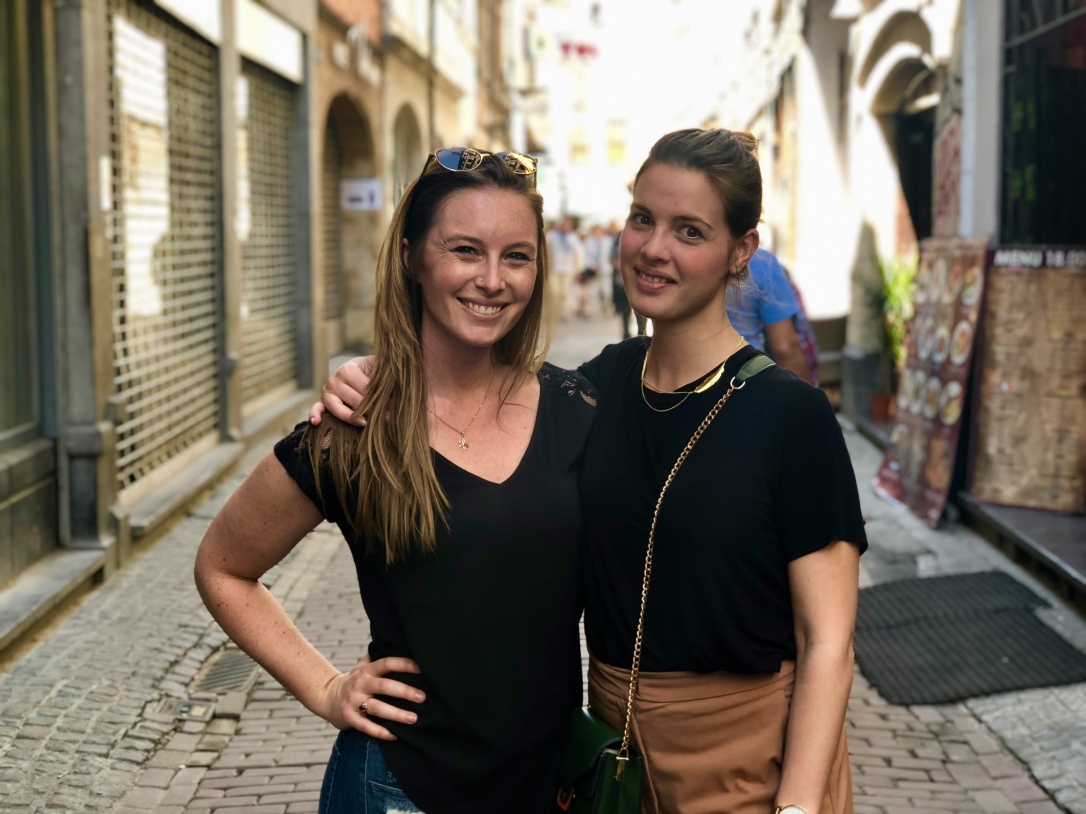 The theme of Belgium for us was relaxation.  After being on the road for so long, it was nice to be a guest in the home of someone familiar, and enjoy some quality bonding time.  Anais and Bernard lived in a small village outside of Brussels, called Crupet.  The village was right out of a fairy tale, with vibrant green hills, cottages, goats, and a small stream running through the center.

Our second night at their home, they made us a traditional meal from Belgium: meatballs with french fries.  We enjoyed dinner from their outdoor table with a strong belgian beer.

After a few relaxing days in the countryside, we ventured with Bernard and Anias to Brussels, a city they both knew very well.  We were happy to have them as our guides!

We spent the day in Brussels the only way we could imagine… Tracking down the best beer, chocolate, and waffles the city had to offer.  We didn’t need to look far… 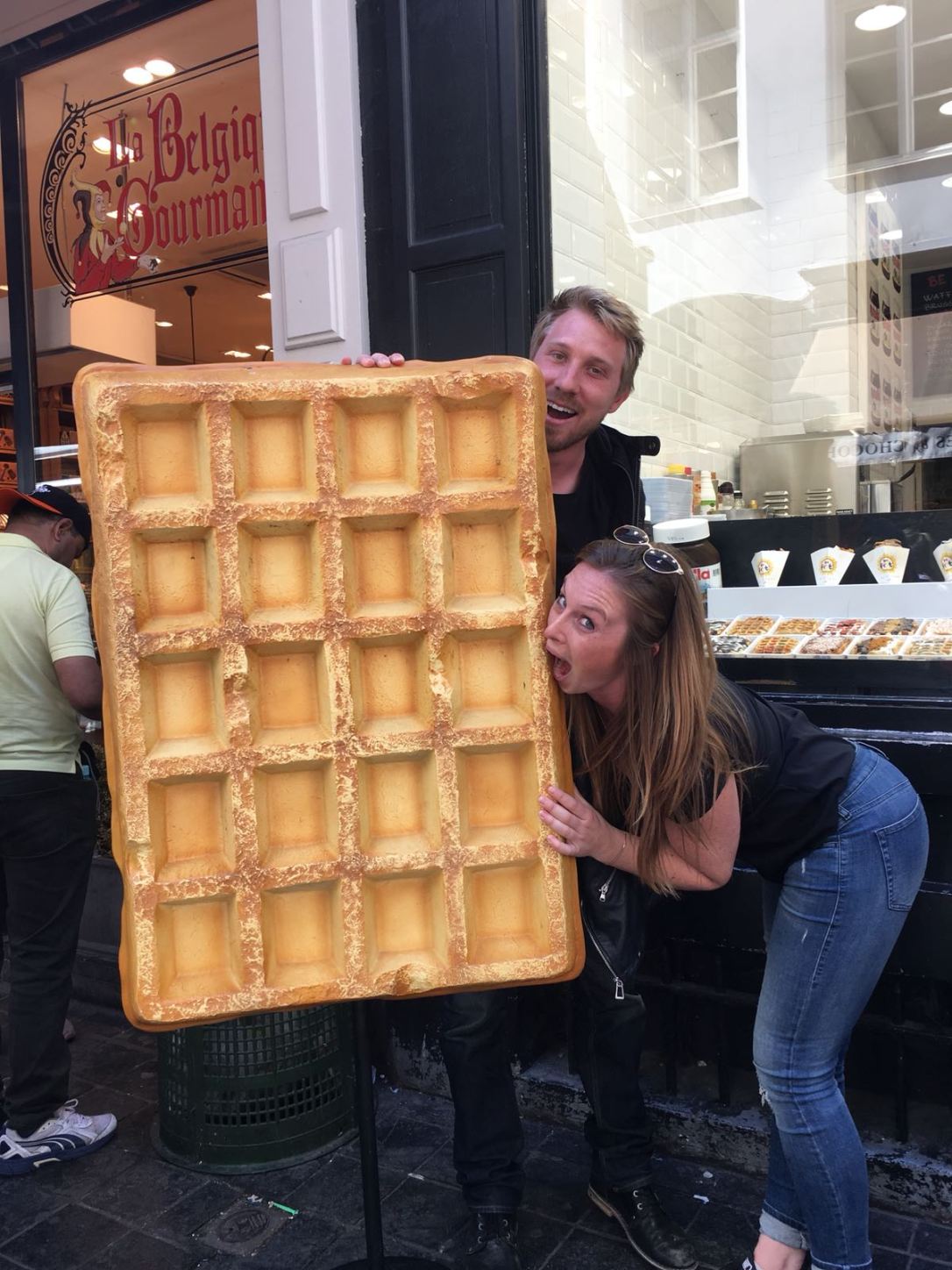 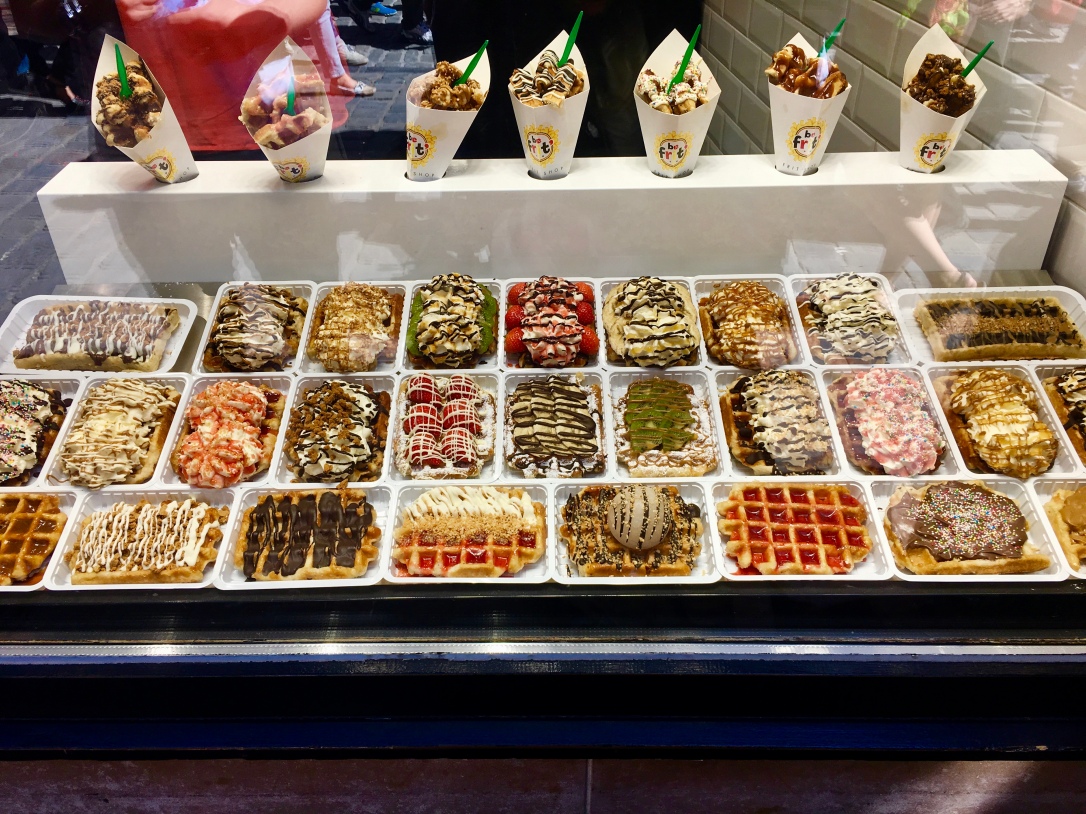 Brussels is also home to some unique architecture and monuments that we enjoyed throughout the day.

We couldn’t leave the city without touching the famous Everard t’Serclaes monument.  It’s said to bring good luck and fortune to those who touch the statues hand.

After a full day, we got invited to a BBQ at the friend’s house of Bernard and Anais.  It was a great time, and we left feeling like we’d met some new friends at the end. 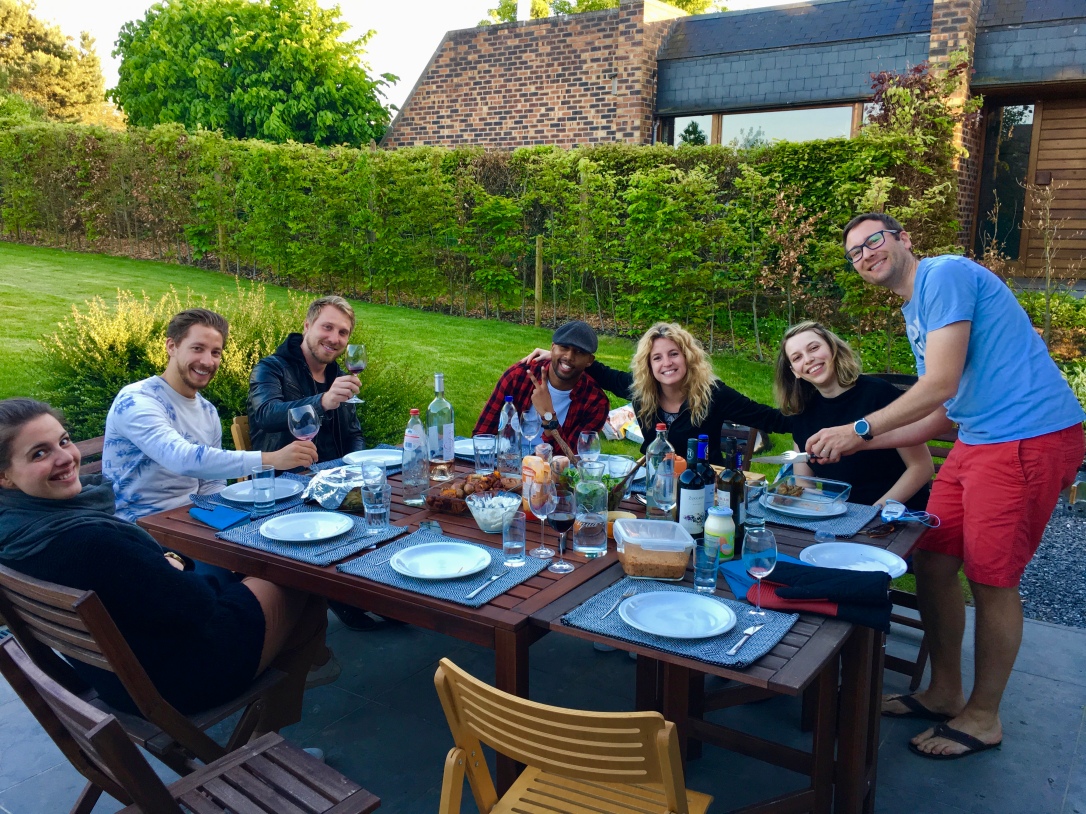 After a week in Belgium, we felt refreshed and ready to head to the Netherlands. Once in the Netherlands,  we decided to stay in Den Hague, a short 35 minute train ride into Amsterdam.  The first goal was to track down Teal’s good friend and fellow Uber colleague, Seline. 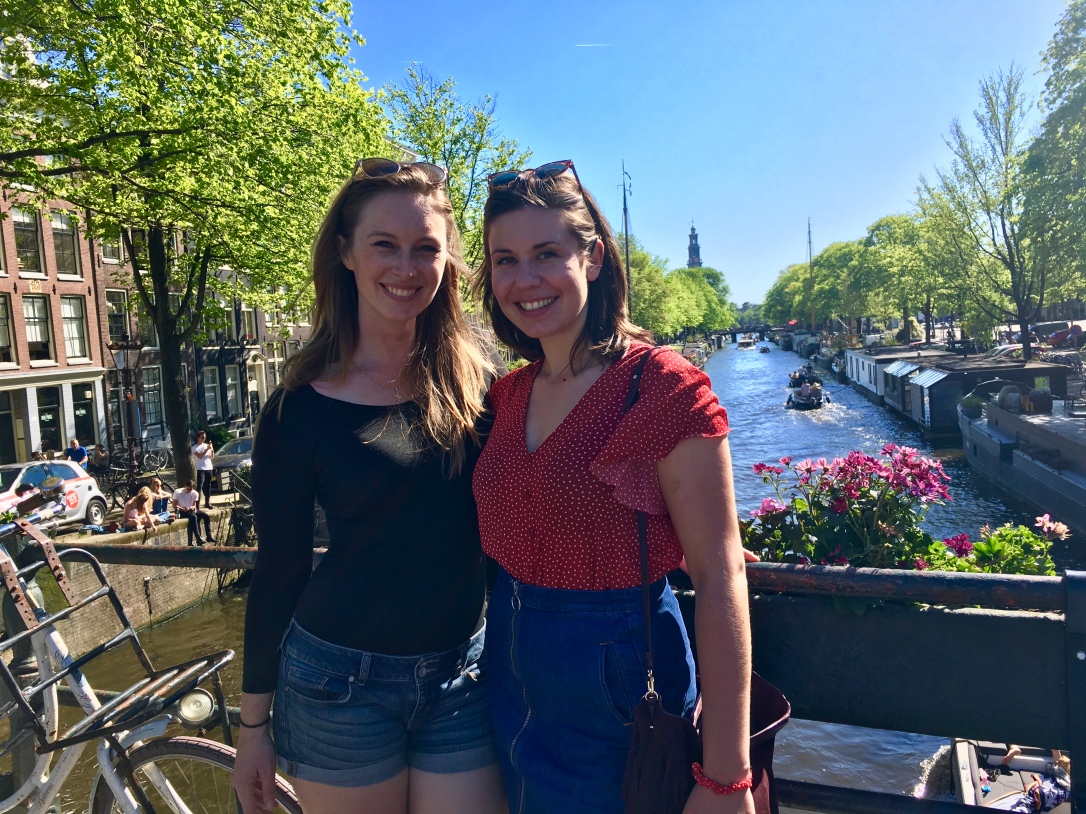 After working together for over a year, they had never met in person – so it was great to get to spend the day together and catch up on life. Seline showed her all of the local spots and they relaxed by the beautiful canals… and Teal fell in love with the relaxed charm and peaceful streets of Amsterdam. In the summer time, all the locals bring out their boats along the canals and have picnics playing music and drinking wine… the most idyllic relaxed place to spend the summer.

We spent a lazy afternoon biking through the city in nice sunny weather.  When the weather is nice, Amsterdam is one of the best cities in the world. 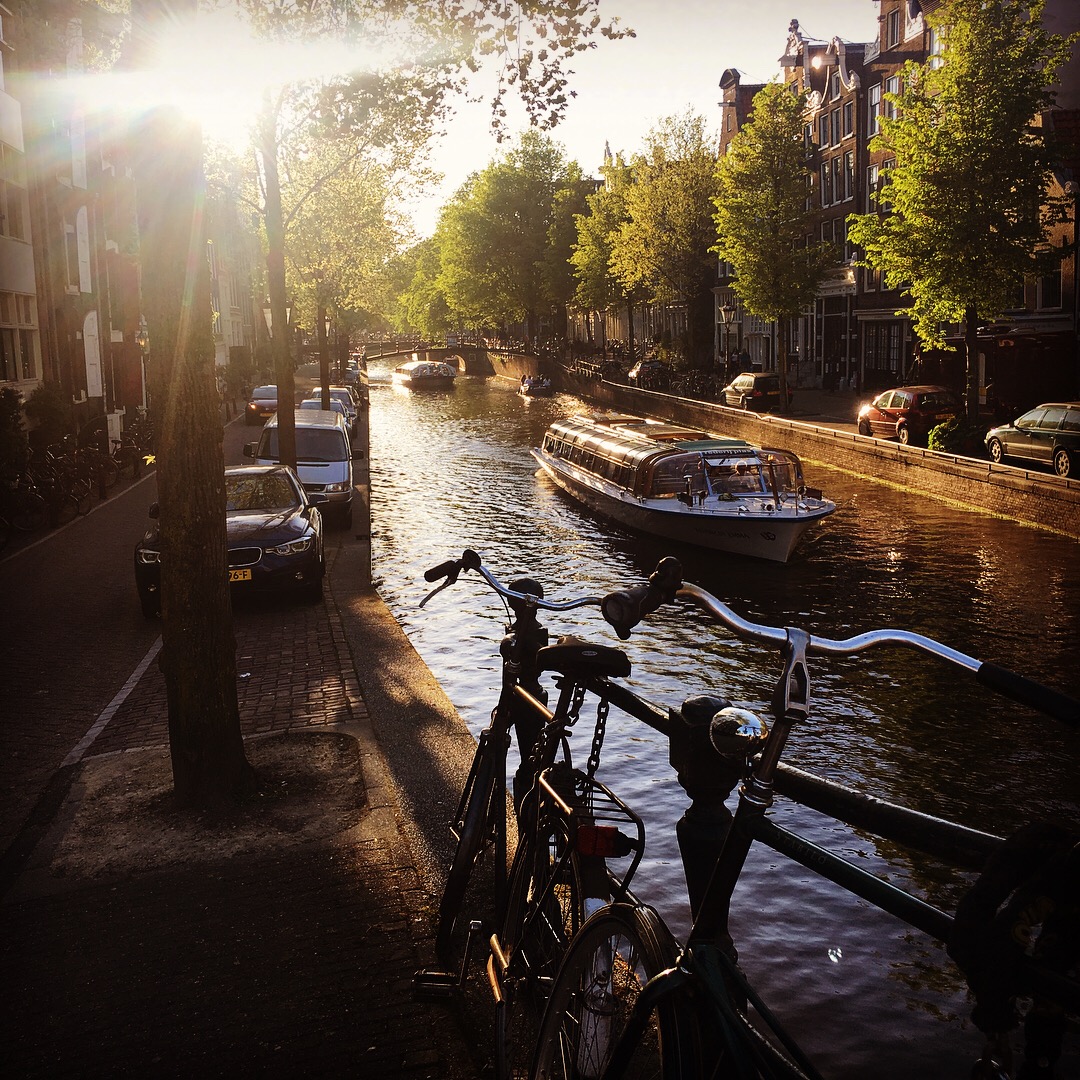 Before heading to Germany, we had a chance to visit Spencer’s uncle Tim.  Tim lives in Vlaardingen Netherlands, and has been traveling around Europe as a blues musician since 1999, while living on his amazing sailboat.  He is also a writer and a poet.  It was great fun seeing him, and we got a tour of his boat Theanna, the same boat he used to solo sail the Atlantic when he moved to Europe. 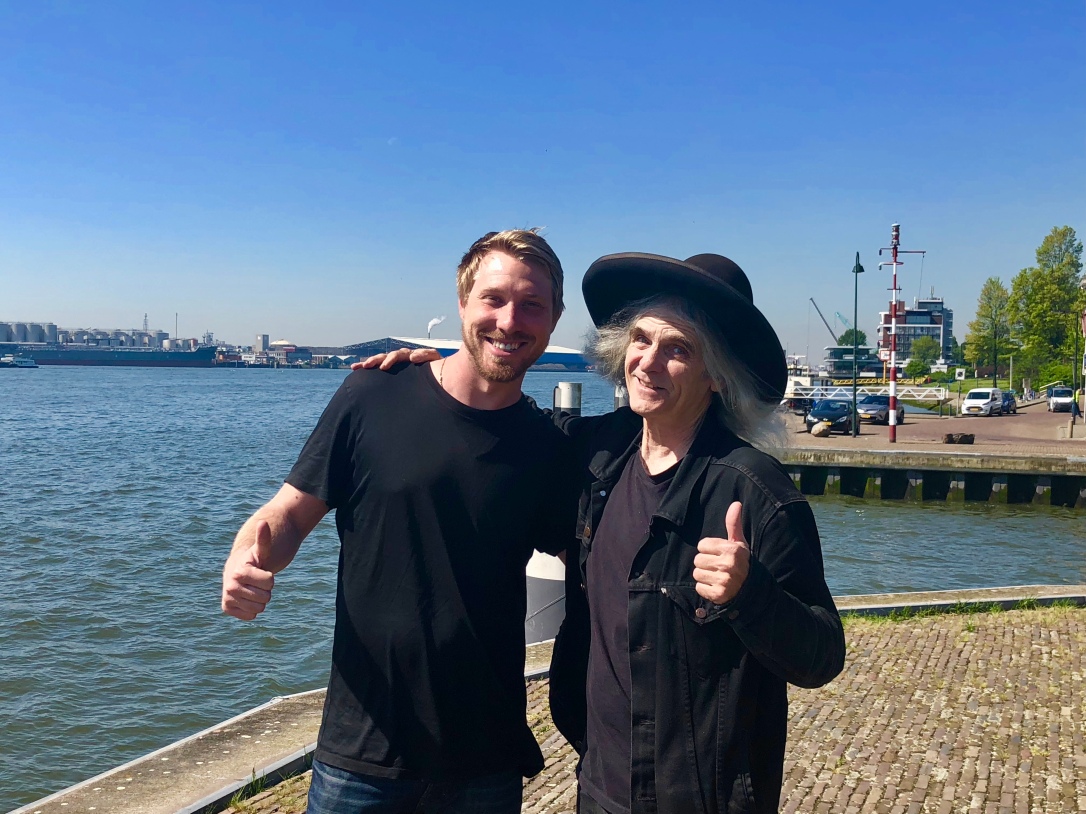